One of the Downey Arts Coalition’s goals is to work toward building a theatre scene where contemporary and classic plays can thrive in smaller venues with intimate settings.  While we do have a strong showing in the musical theatre department at the 700 seat Downey Theatre, we don’t have an appropriate venue for repertory theatre, to say nothing of a place that local playwrights and directors can put together challenging shows or new works. 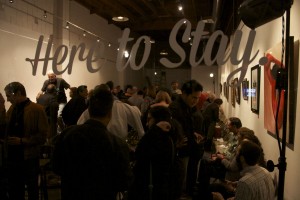 Putting on staged readings of plays has been a way to start, since it doesn’t require the standard theatre infrastructure of lights and sound and a large enough stage.  They can be done anywhere you can fill a room with chairs.  With our Urban Acts series, we chose several local businesses, and this past Saturday we had our first theatre collaboration with the new Stay Gallery.

“Penney’s From Heaven” and “Price Tags” are two new short plays in Daniel Houston Davila’s cycle of plays about the Carmelas barrio in neighboring Norwalk, CA.  DAC previously presented two others “La Vida Lucky” and “El Bobo Bruto.”  These plays have special significance, not only because they are written by a local playwright, but because of the local history they tap in to.

The gallery was filled, and the response quite uplifting.  Several audience members spoke about how they related with the situations and characters portrayed, one woman with tears from the memories.

Alistair Hunter, a veteran of the LA theatre scene, is to be credited with casting fantastic actors and bringing the excellent writing to life in a unique way.  Valentin Flores and his team at Stay gallery put in a lot of time and details to ensure a fully formed evening out.  Local musicians The Black Pages took the stage at intermission and afterward to cap off the experience.

The following day, on Sunday, the Downey Arts Coalition helped put together an afternoon of comedy and improv at the another downtown venue that is able to host performances, The Epic Lounge. 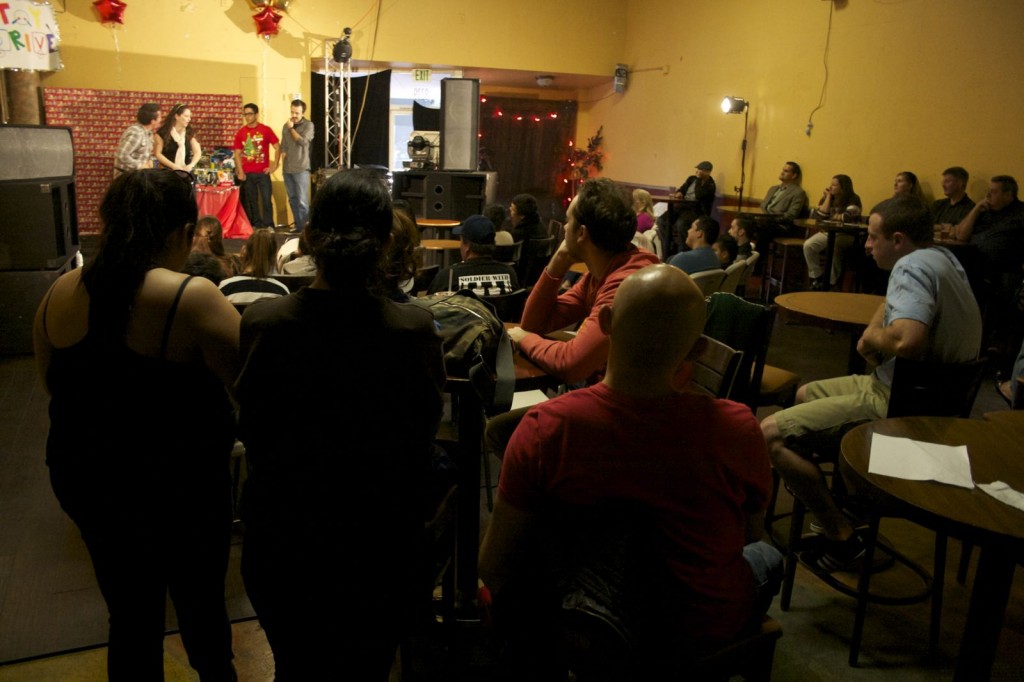 In collaboration with Urban Theatre Movement, three comedy groups took the stage, including Ivy League Improv and Cherry Spitz, all with the purpose of drumming up new toy donations to benefit disadvantaged families this holiday season.  Thanks to Daniel Zornes, Paul Tully, Forrest Hartl and James Stebick, as well as David Devis for his generous support with his venue. 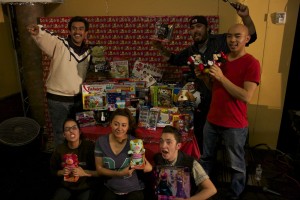 Comedy is its own beast, however, a theatre art form in its own right, with a long and storied history.  We hope to keep it growing.  Also gratifying is the stack of gifts that we handed off to the Downey Exchange Club Family Resource Center, which has some end-of-the-year needs to address with the families they serve.

Here is a gallery of photos from the weekend.