“La Vida Lucky (1974)” is a short play written by Daniel Houston-Davila, based on stories out of his book, Malinche’s Children, which chronicles the rise of a small barrio in Southern California throughout history, to what it is today located in Downey’s neighboring city, Norwalk. 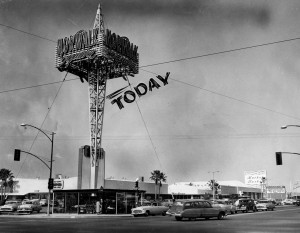 This story follows a young hispanic father of five grappling with the idea of getting a vasectomy, which is practically unheard of in his culture.

The staged reading will be directed by DAC member Alistair Hunter, who has a long history of leadership in the Southern California theatre community, such as artistic director of the Scorpio Rising Theatre and Los Angeles Theatre Projects.

Sunday, May 20th at 7PM begins the reading, followed by a Q&A with the cast and playwright.  We are hosted by Granatas and Tapas, located at 11032 Downey Ave, Downey CA 90240.  Granatas has generously extended its Happy Hour deals to audience members of the reading before and after the play, so be sure to come out and take advantage of gathering with the Downey creative community.