In June the Downey City Council approved an ordinance to use the set-aside “Art in Public Places” fund to pay for a two year lease at 11140 Downey Avenue with the intention to open a new community art gallery that would be operated by the Downey Art Vibe. 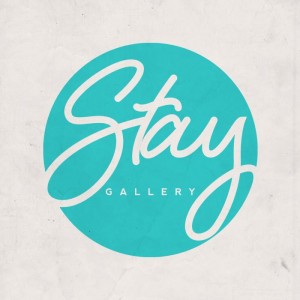 The Downey Art Vibe is a small group of young artists led by Valentin Flores that envisions an economic and cultural renaissance in Downey through empowering the local arts scene.  Through several events and city partnerships they have shown themselves to be professional, resilient, resourceful, and able to bring in hundreds of people to their events.

The Art in Public Places fund is set-aside from a levy on developers who have opted to fore-go city planning requirements to include public art in their development projects, and instead donate 1% o the project costs into a pool that the city will use to support public art.  Traditionally used for outdoor sculptures and more recently public murals, this is the first time the city has supported a gallery space with the funds.

After two months of volunteer work to strip the former interior design storefront bare, on Friday night the new gallery, dubbed the “Stay gallery” held a private invite-only event to kick-off what it hopes will be it’s run-up to the official grand opening. 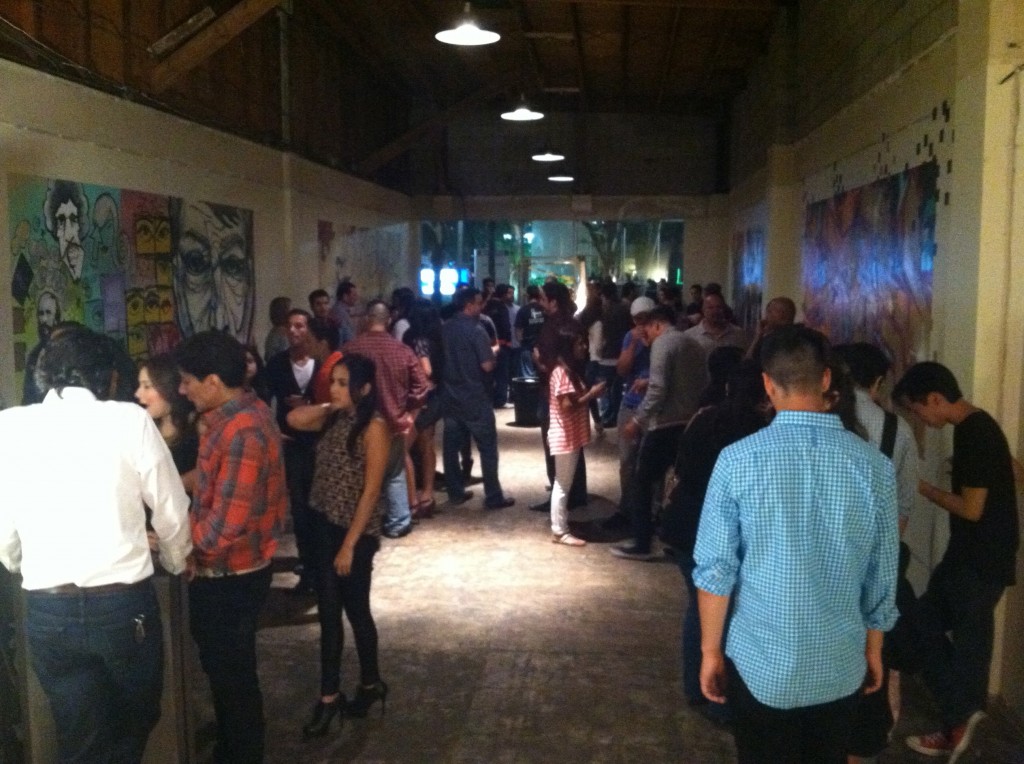 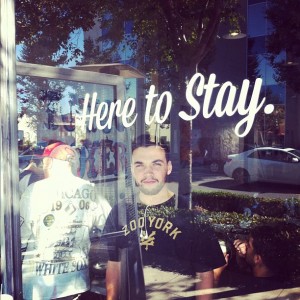 The front of the gallery sheds light on the meaning: “Here to Stay” it reads, providing a caption over any creative individual inside that now has an outlet for their work within the city borders, which traditionally has had no formal art galleries ever since the shuttering of the Downey Museum of Art in 2009.

Not only will the walls contain the artwork of local talented visual artists, but the space also has plans to be used in other ways.  The Downey Arts Coalition plays an active role in this, with plans for using the room as a make-shift theatre that can host simple plays, readings, comedy and more.

Downey has a history of losing its creative youth to larger cities such as LA and New York, most of whom head into their professional artistic pursuits after having no other community support of their creativity outside of the high school classrooms.  Long-time Downey arts institutions have failed to bridge the gap between struggling to survive with an aging, diminishing audience and a new culture of creative, connected youth and other ethnic groups that have moved into the city.

The more reasons we can give creatives to “stay,” and invest in their hometown, the better off we will be.  There is a wealth of opportunity for a city that encourages and fosters the growth of its creative culture, it feeds into every area– what the streets look like, what businesses open in town, and what people will go out and spend money doing. 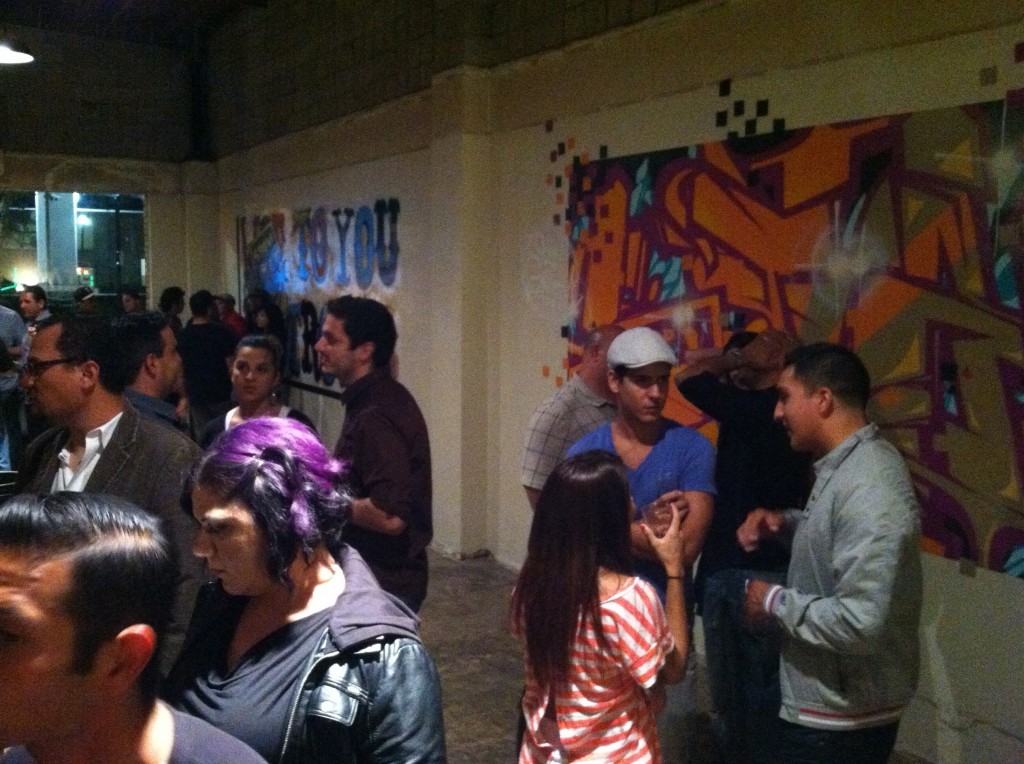 The event Friday night packed the small space with artists, arts supporters, and city leaders to show off the potential of the unfinished space.  The walls, which are slated to be painted white, on this night are painted with one-time-only murals by Art Vibe artists who were let loose to be creative with the blank canvas.  Artists included Ricky Ostendi, Sergio Robleto, Alina Wilson and others.  DJ Dren kept the place booming, and the guests pledged their future support of the gallery by donating funds toward the future remodeling plans, which include an office, storage and an overlooking loft. 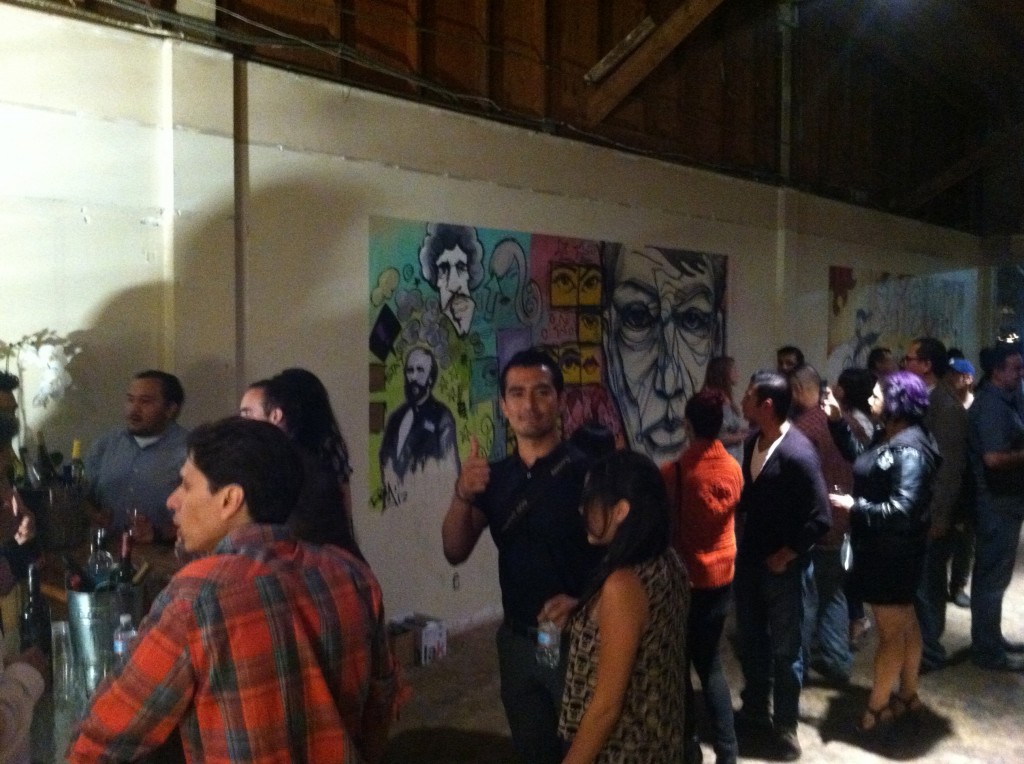 “Stay” tuned for an announcement soon about the official grand opening for the public coming this August.

Local Artists may get their own space downtown – The Downey Patriot