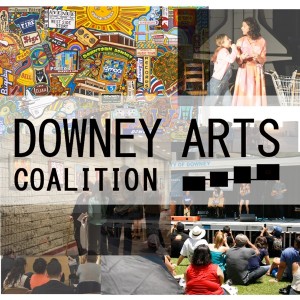 The Downey Arts Coalition will host an Open House on Tuesday, March 10, at 7:00 PM, at the Epic Lounge at 8239 2nd Street.  The event is free to the public and offers an opportunity to connect with others who have an interest in supporting and participating in local art events.  Refreshments will be served, along with a showing of a short film, “The Whexican,” by playwright/actor/director Forrest Hartl.

“The Whexican” is a family comedy about an aspiring standup comic reluctantly visiting his Mexican grandfather. Originally a stage play, it performed at CASA 0101 in Boyle Heights in 2007.   In 2013, Hartl adapted the play into a short film and shot it in Downey.

The film stars  Alejandro Patiño (The Bridge, Desperate Housewives, Bowfinger) and premiered at the Tucson film festival.  It also screened in LA and Oceanside, and was a finalist for NuvoTV’s emerging Latino filmmaker showcase.

Attendees at the Open House will also have a chance to meet award-winning Downey sculptor, Jorge del Toro and view some of his artwork.  Del Toro’s piece, “Deforestation,” won first place in its category at the recent 55th annual Hillcrest Festival of Fine Arts.  Two of his other ceramic pieces were awarded Honorable Mention.

The Downey Arts Coalition is also celebrating its fourth anniversary this month.  Since its founding in 2011, the group has sponsored art exhibits, monthly poetry readings, and produced two Broadway plays and two free music festivals.   Art shows for the Dia de los Muertos celebrations, the City of Downey rooftop events, and the Downey symphony concerts are curated by members of DAC.

The non-profit organization has also hosted movie screenings by local filmmakers, and recently assisted with publicity for the Glenfest Movie Festival that was free to the public at the Downey Krikorian Theater.  DAC will be helping with the movie festival once again, later this year.

Art curator Pat Gil explains, “Whatever someone’s passion is – music, film, theatre, dance, poetry – we can work together to help you express it in our local community.”

Gil describes DAC as umbrella organization that provides “a place for local artists, arts organization, and community leaders to share and collaborate.”  Reflecting its commitment to the community, the DAC website offers a calendar promoting city concerts, art shows, and music events.

Everyone, no matter what their interest, is invited to come for an evening of networking and stimulating conversation.