Local filmmaking team Sweet Nightmares have launched an IndieGoGo fundraising campaign and they need YOUR help in bringing their latest cinematic venture to the big screen. This time they are sailing into the treacherous deep seas of the Bermuda Triangle in search of the ultimate treasure: love. SEA MONSTERS marks the first time mixed-media artist Polaris Castillo & writer/director Matt Landsman join forces as co-directors. This is their final short film before taking on a full-length feature film in the near future.

Donating to the project has you winning, too.

There are various perks rewarded in return for anyone who supports the team. Some of the prizes include original concept art work, digital and hard copies of the film, and even a chance to be IN the film with a speaking role!

Check out the campaign over at https://www.indiegogo.com/projects/sea-monsters

The team hails from all over Los Angeles. They’ve filmed in and around the areas of Downey, South Gate, Bellflower, Long Beach and in Los Angeles. They have also showcased their work before at The Epic Lounge on a number of occasions.

To view more of their work as well as consistent updates on SEA MONTERS, visit sweetnightmaresfilms.com 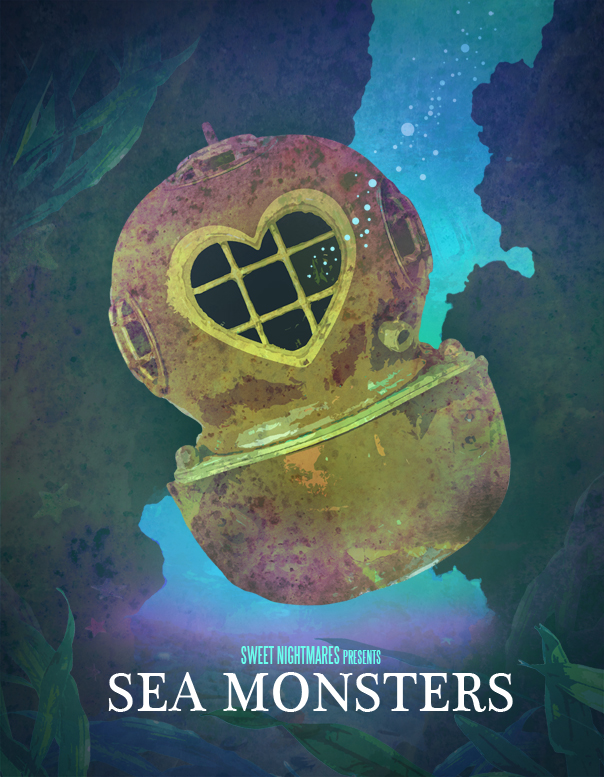