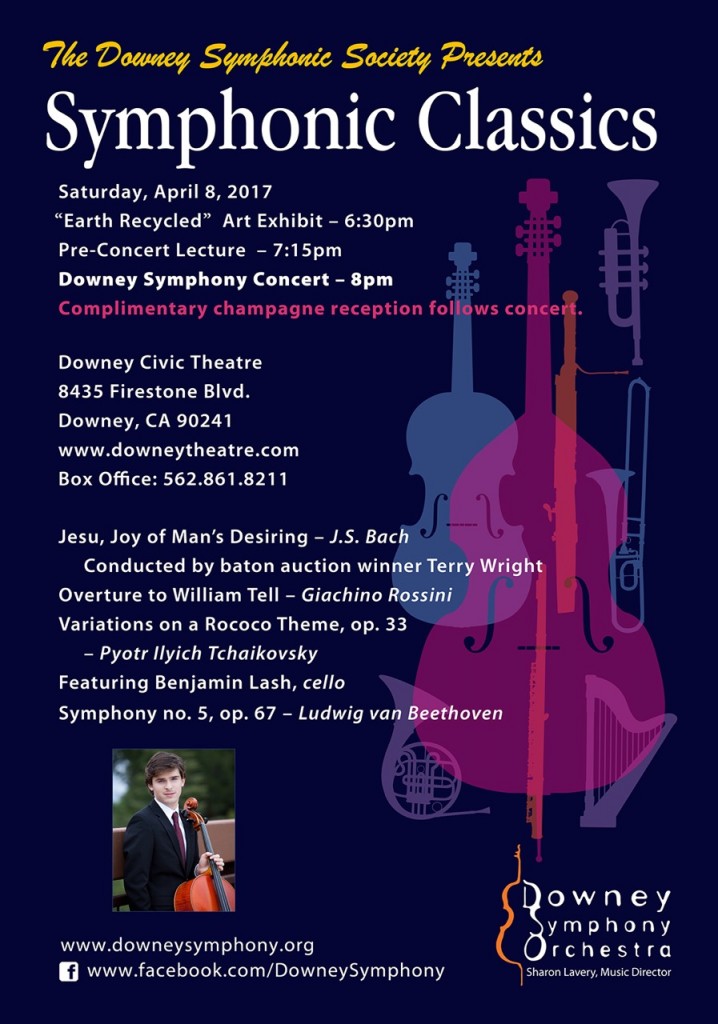 The spring and final concert, “Symphonic Classics,” will feature a performance by Los Angeles cello player Benjamin Lash. The performance will include the most popular symphony in the classical music repertoire: Beethoven’s Symphony No. 5. The concert opens with another popular gem, The William Tell Overture, by Rossini, followed by Tchaikovsky’s charming and impressive, “Rococo Variations for Cello and Orchestra,” performed by Lash.

Benjamin began studying cello at the age of six. In his early teens, as a first place winner of multiple Chicago area competitions, he performed concertos by Saint-Saens, Shostakovich, Hindemith, and Haydn. Benjamin received his Bachelors of Music from the Colburn Conservatory of Music where he studied with Ronald Leonard. He completed a Master of Music degree at the University of Southern California Thornton School of Music and is currently pursuing a Doctorate degree in cello performance. He is a recipient of the USC Music Faculty Endowed Scholarship and studies with Ralph Kirshbaum.