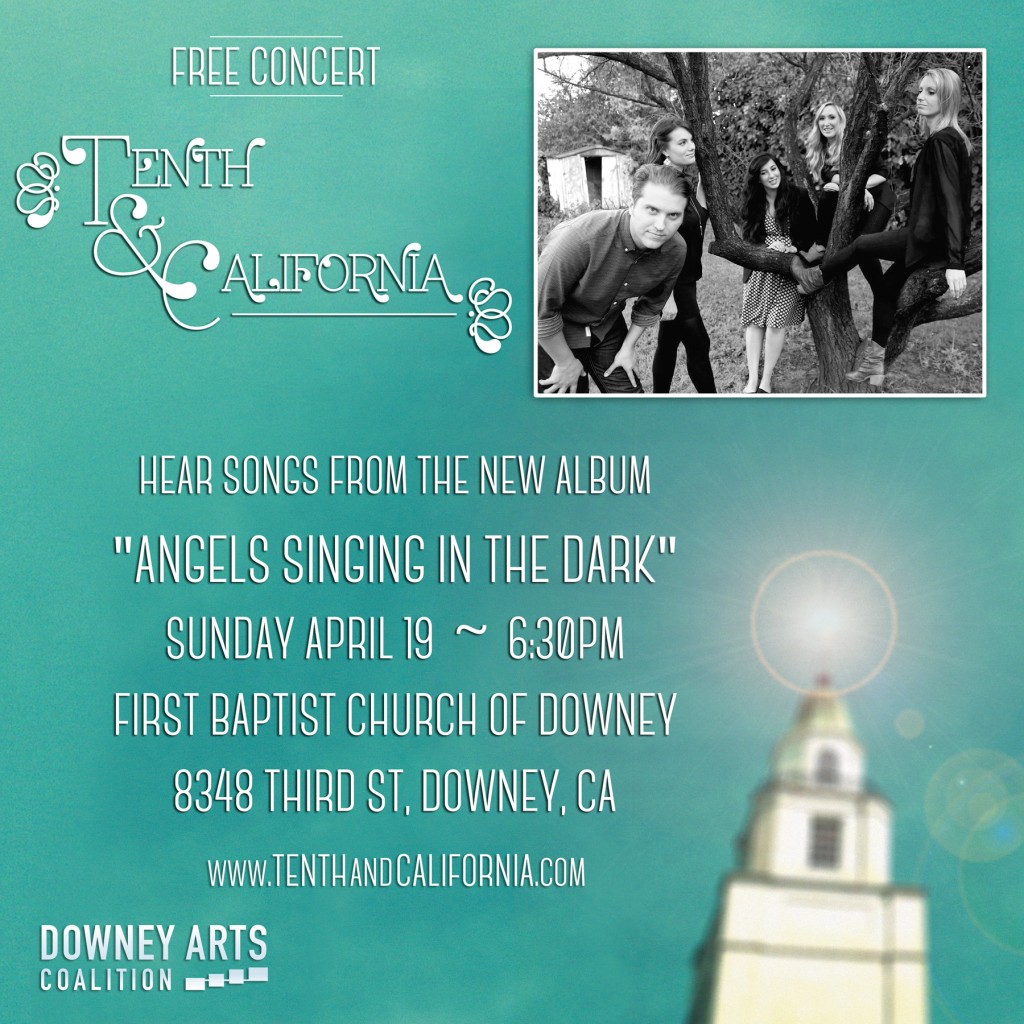 Singer/songwriter Macain Treat (originally from Downey) brings a Free concert based on the new album “Angels Singing in The Dark,” the debut recording by the Santa Monica based music collective Tenth and California, Produced by Macain Treat , a veteran Los Angles session and touring musician, this modern Americana Gospel recording contains 7 original selections along with 3 inspired reinterpretations of classic hymns.

“Angels Singing In The Dark” features musical contributions from some of the best session musicians in Los Angeles. The band collectively has recorded or toured with such legendary artists as Roger Daltrey, Barbra Streisand, Quincy Jones, PINK, and Ray Charles to name a few. “The most wonderful thing about working with such talented musicians,” Macain explains, “is being able to throw anything at the musicians on the stage or in the studio and know they can pull it off”.

Tenth and California has it’s roots at Trinity Church Santa Monica, a community of believers that formerly met at the corner of 10th and California. “We are a spiritually hungry group that puts God as our focus in worship and hearing His word through music” said Macain. This desire to share the teachings of God’s word accompanied with a calling to share their experiences of faith became the foundation for the record.

The concert is sponsored by the Downey Arts Coalition and the First Baptist Church of Downey, Sunday April 19 at 6:30pm, 8348 Third Street. Admission is free, but donations will be collected to support the future efforts of the musicians. CD’s also for sale.