The Downey Civic Theatre continues its presenting series of shows to bring more music and entertainment to the area.  Check out the line-up for 2014-2015. 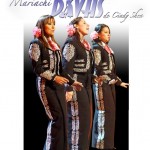 Directed and founded by trumpet player Cindy Shea in 1999, under the musical direction of GRAMMY award winning Alberto “Beto” Jimenez Maeda, the Mariachi Divas have made big waves on the national and international music scene. With two GRAMMY Awards, five GRAMMY nominations, and one Latin GRAMMY nomination, the Mariachi Divas are a unique, multicultural, all-female ensemble imbued with the true flavor of Los Angeles. The Divas discography includes 9 albums released through Shea Records and East Side Records. This year marks the 15th anniversary of the founding of the Mariachi Divas de Cindy Shea. 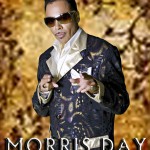 Morris Day, lead vocalist of The Time, is known as one of pop’s most verbally pretentious vocalists. In the 80’s The Time burst onto the public scene, with “Get It Up,” “Cool,” and “Girl.” More hits followed including “777-9311,” “Wild and Loose,” “Walk,” and “Gigolos Get Lonely Too.”

Mickey Thomas is the owner of the soaring voice that propelled STARSHIP through the decades of the 80’s and 90’s. With his soulful and compelling vocals, Mickey has established himself as one of Rock Music’s most recognizable stars. 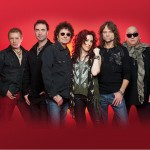 Backed by the power of Mickey’s vocals, JEFFERSON STARSHIP immediately scored a #1 hit with “Jane”. With this new sound and powerful new vocals the group was renamed STARSHIP and continued to record an amazing string of hits including “No Way Out”, “We Built This City”, “Sara”, and an Oscar Nomination for the #1 hit “Nothing Gonna Stop Us Now” from the movie “Mannequin”. Other top hits included “Find your Way Back”, “Stranger”, “Laying It On The Line”, and “It’s Not Over Till It’s Over” which became Major League’s Baseball’s theme in 1987. Moreover, every STARSHIP album released since 1979 has gone Gold, Platinum, or Multi-Platinum. 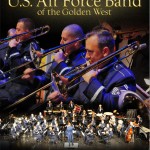 From Travis AFB CA, the United States Air Force Band of the Golden West is a select group of professional Airmen-musicians who support the global Air Force mission by providing outstanding musical products and services for official military, recruiting, and community relations events, and by fostering America’s rich national heritage.  Under the direction of Captain Dustin Doyle, the Band of the Golden West Concert Band, the largest ensemble within the organization, represents the professionalism and excellence found every day throughout the Air Force.  Touring the western states of California, Oregon, Washington, Idaho, Arizona, Utah and Nevada, the Concert Band performs a wide variety of music from standard concert band literature and military marches to jazz and pop arrangements, Broadway standards, and of course, patriotic music complete with instrumental soloists and featured vocalists.  During a concert, you are likely to hear stirring works from contemporary composers as well as the familiar sounds of John Philip Sousa or Major Glenn Miller. Its wide and varied programs offer something for everyone and make an excellent choice for family entertainment.

The US Air Force Band of the Golden West has performed for thousands of listeners in live concert appearances and for millions worldwide via its numerous recordings and television and radio broadcasts. Throughout its history, the Concert Band has collaborated with some of America’s leading band conductors, receiving enthusiastic critical acclaim as one of premier musical organizations of its kind.

The United States Air Force Band of the Golden West is dedicated to using the power of music to inspire our Air Force members and the great nation we serve, producing innovative musical programs and products, and communicating Air Force excellence.

This performance is a free, ticketed event. Individual tickets will be available Tuesday, December 16th 2015 at 11:00am on a first-come, first-served basis, limit of two tickets per patron. With the purchase of tickets to three or more Season shows, advanced tickets for this performance will be issued prior to December 16th. 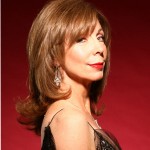 Two of America’s favorite comedians, Rita Rudner and Louie Anderson join forces for a great evening of fun. One of the country’s top comedians and a New York Times bestselling author, Rita Rudner is also an award-winning television personality, screenwriter, playwright, Broadway dancer, and actress. A house-filling favorite in Las Vegas since she opened as one of the hottest tickets in town in June 2000, Rudner is known for her epigrammatic one-liners. She performs at The Venetian in Las Vegas, where over the course of a ten-year run and 2,000 plus shows, she has sold over one million tickets and become the longest-running solo show in the history of Las Vegas. She has been named Comedian Of The Year nine years in a row and in 2006 received The Nevada Ballet’s Woman Of The Year Award (other recent recipients include Bette Midler, Celine Dion, Chita Rivera and Twyla Tharp). 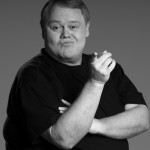 Two-time Emmy Award winner Louie Anderson is one of the country’s most recognized and adored comics and was named by Comedy Central as “One of 100 Greatest Stand-Up Comedians of All Time.” Currently he is headlining in his own stand up show, “Louie Live” at the Plaza Hotel & Casino in Las Vegas. His big break came in 1984 when he appeared on “The Tonight Show with Johnny Carson” who was so impressed with the comic he called him out for a rare and coveted “second bow.” Anderson’s stand-up comedy career skyrocketed. Known as a “clean” comedian, his stories about growing up in the Midwest, being one of 11 children and dealing with an alcoholic father provided endless material for the comic with audiences of all types relating to his everyday life experiences.

The Downey Theatre Lobby and Patio will open two hours prior to each Season show. Beer, wine and non-alcoholic beverages will be available for purchase at the concession operated by Lock and Key Social Drinkery, and there will be live music and dancing.

The Downey Theatre is looking for arts enthusiasts to volunteer and assist with front of house operations during shows.  Discover the benefits of volunteering for the Downey Civic Theatre and find out how you can volunteer to support the arts by calling (562)861-8211.

The Downey Civic Theatre box office hours are Tuesday through Friday from 11:00 am- 5:00 pm and one hour before show time. For upcoming events and information call the box office at (562) 861-8211 or visit us online at www.DowneyTheatre.org. Get on the fast track for everything happening at the Theatre:  text downeycivic to 22828 today.