Skip to content
This edition of POETRY MATTERS will feature Poet/performer/librettist Douglas Kearney. His second, full-length collection of poetry, The Black Automaton (Fence Books, 2009), was Catherine Wagner’s selection for the National Poetry Series. His produced operas include Sucktion, Mordake, and Crescent City.

“Where, oh where would we be without the dynamic intelligence and feats of lyric daring that Douglas Kearney’s work has delivered to American poetry? …”
—Tracy K. Smith 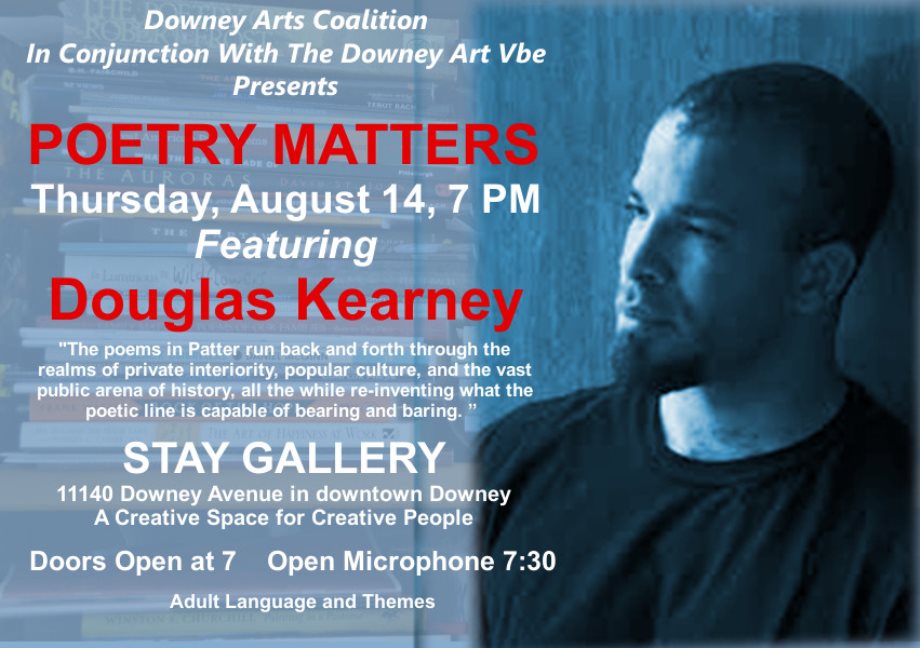