Frank Kearns, our featured poet is launching his new chapbook, “Circling Venice.” His book shows a private life revealed in quick snapshots that mirror adolescent America’s mythic migration westward in the 70’s. His long time West Coast home differs from the places where he began, changed by one simple act of will: “Cars were the way out…I started the car.”

Kearns writes with a laconic Yankee directness of his journey, and in his orbiting perspective he gives us stops in time and stops in places. “Always the woods,” he says of his New England childhood, “hilly, laced with decaying stone walls, glades of sunshine, pockets of cool cool dark.” Once in the Venice of “the people’s parks and food co-ops,” the unexpected courtship of a muse illuminates his poems.

Frank Kearns was raised in New England. He has been transformed into a Southern Californian by time in Venice, years at the Bethlehem Steel mill in Vernon, and a long career in the aerospace industry. He lives and writes in Downey, California. 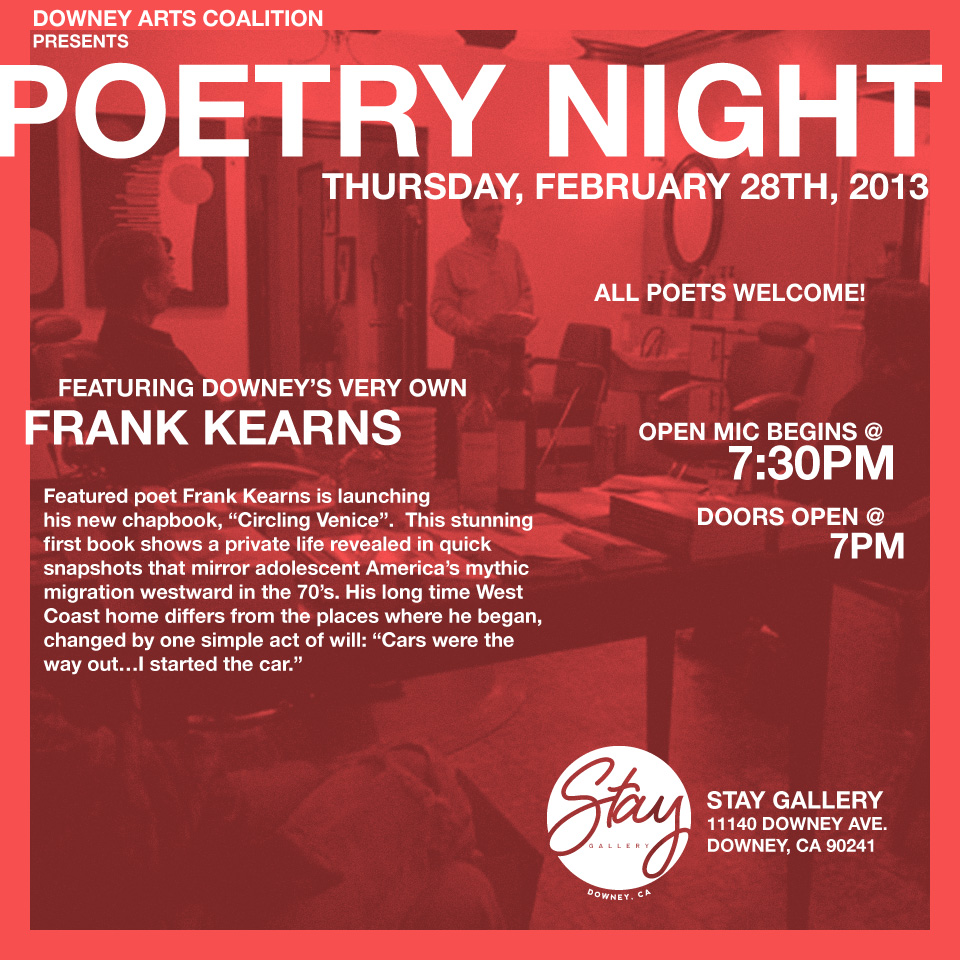