The Downey Arts Coalition is sponsoring a new monthly movie club to bring highly regarded independent and foreign films to Downey audiences.  In partnership with the Epic Lounge, the evening will feature snacks, drinks, trivia, prizes and more.

The debut film takes place Sunday, January 20th, with a screening of The Secret in Their Eyes, winner of the 2010 Academy Award for Best Foreign Language Film.  As a bonus, this first event will be free. 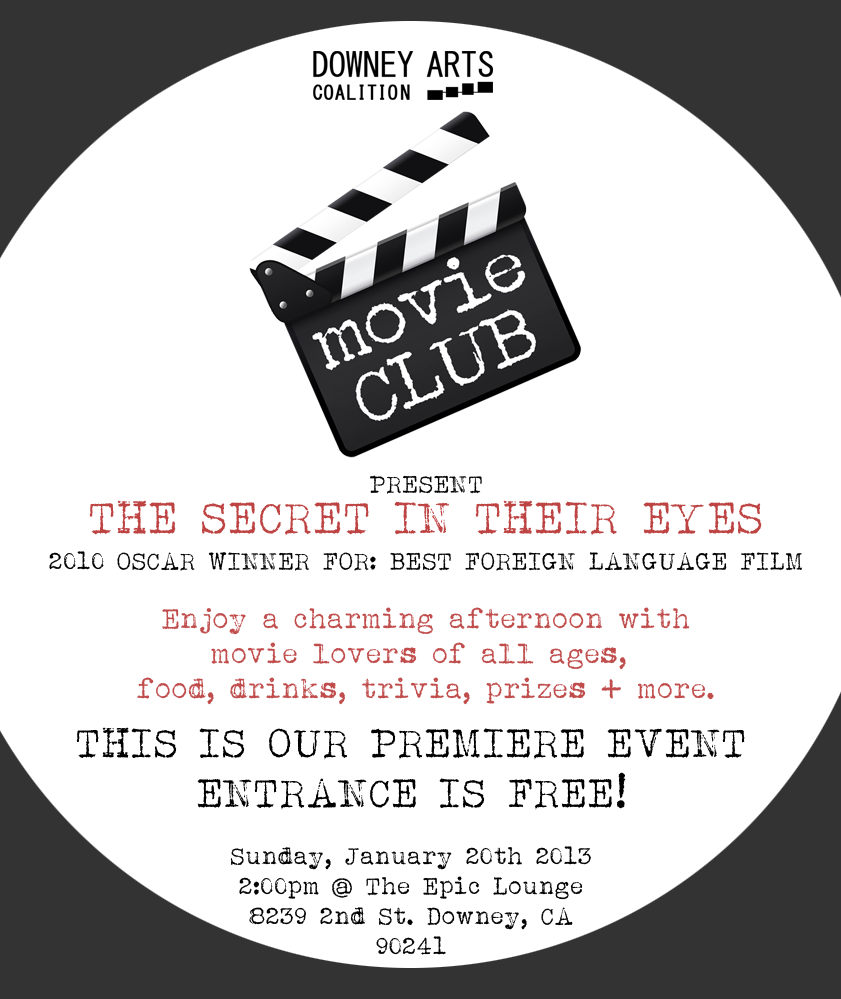