Don’t miss a special free concert this Wednesday night, August 8th, of the Downey Symphony Orchestra. The concert is at Furman Park on Rives south of Florence Ave, and begins at 7PM.

Music director Sharon Lavery has a fun evening planned with popular classics, movie scores, patriotic hymns and more. From the Olympic fanfare heard every night during the Olympic broadcasts, to the music of “Pirates of the Caribbean,” there is sure to be something for everyone.

Stay until the end for the tradition of Lavery bringing up the children of the audience to get a minute to guest-conduct the orchestra themselves. Also, Lana Wahlquist, co-founder of the Downey Arts Coalition will add some narration during “God Bless America.”

Bring chairs, a blanket, plenty of food and drink, and be prepared to enjoy an evening of quality music with your friends and neighbors. Like what you hear? Consider becoming a subscriber, visit www.downeysymphony.org.

Stay tuned for the Downey Symphony’s 2012-2013 season, beginning with “Relishing Rachmaninoff” on October 20th. This summer the DAC is proud to sponsor the design of a new season-introducing postcard that we’ll be passing out at the concert. Special thanks to Andres Cabrera for the design work. 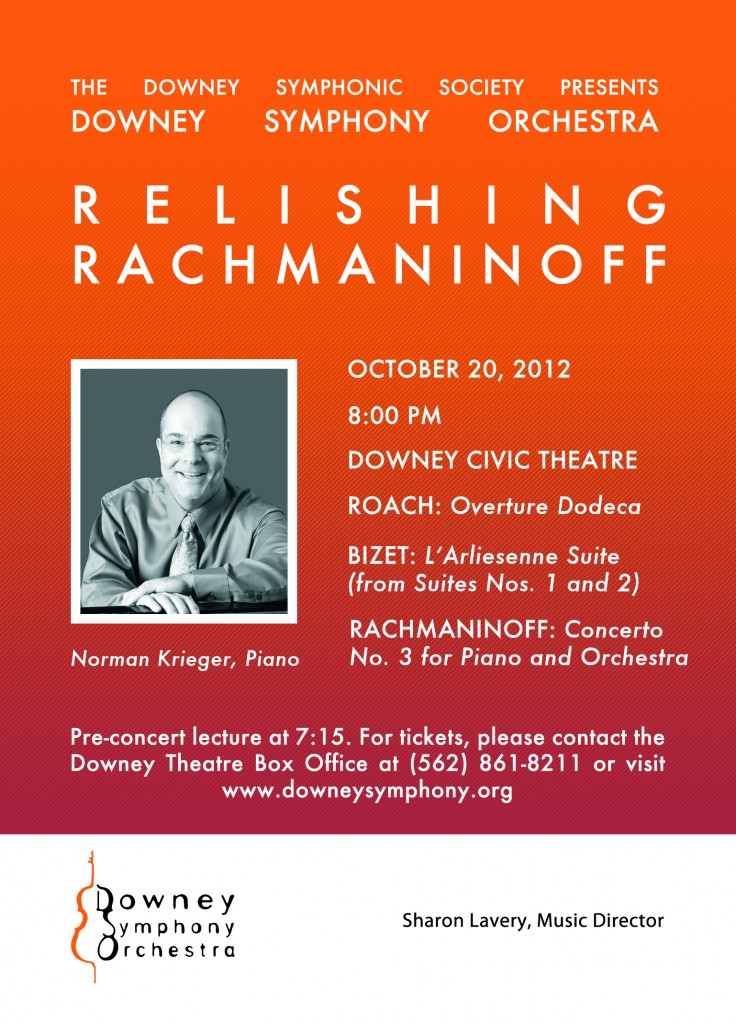 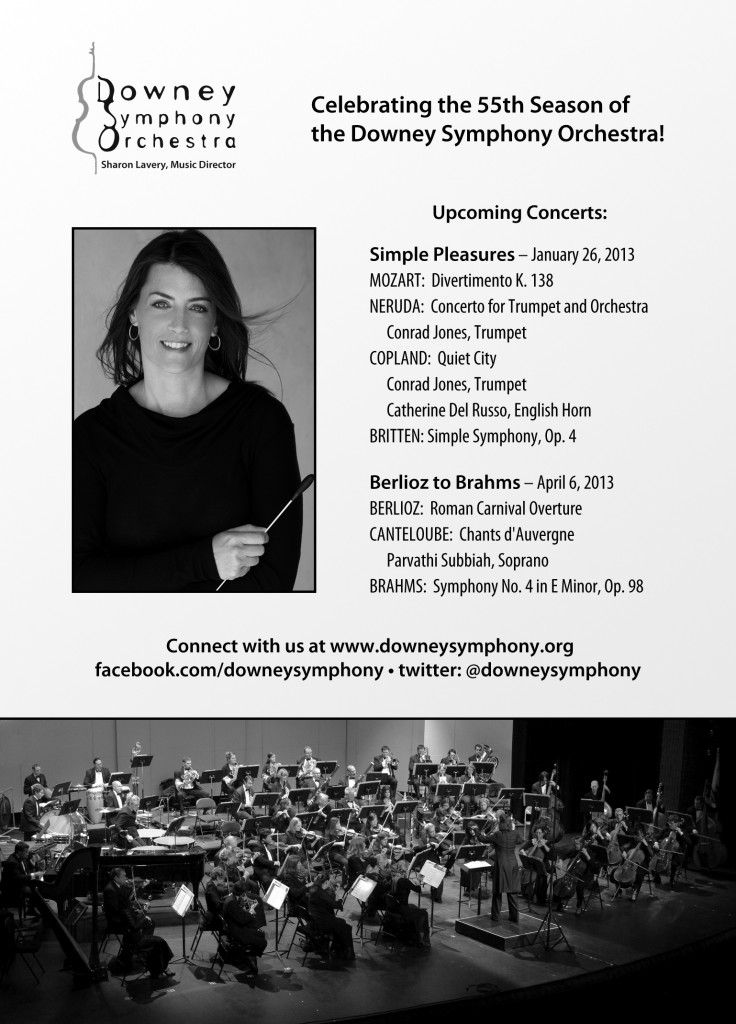