On Tuesday night, June 26, a new board of directors was installed at the fiscal year-end meeting of the Downey Art League.  With the election of Downey Arts Coalition founder Andrew Wahlquist as board president, as well as other active DAC members joining the board as well, the two organizations have effectively merged.  The Downey Arts Coalition, which has been operating informally since early 2011 now has a foundation of a California non-profit corporation, as well as 501(c)3 tax exempt status.

The Downey Arts Coalition is committed to continuing the current operations of the Downey Art League, which includes meetings every other month with an artist demonstrating their work.  They are also partnered with the Paramount Traditional Artists Guild, who they share meetings with.  For the past fourteen years, outgoing president Edward Aguirre has led the group and faithfully kept i’s legal status intact.  He is excited about the work of the Downey Arts Coalition, and has long hoped for a resurgence of interest in the arts in Downey.  What kept him going was the idea that future generations may need what the Downey Art League had built.

The Downey Art League began in 1955 with a husband and wife meeting with amateur artists in their home, and grew over the course of the next two decades into a large organization with over 200 members.   Declining membership in recent years has challenged the organization to sustain itself.  Under Wahlquist’s leadership, he hopes to bring some of the initiatives started by the Downey Arts Coalition and continue them with the Downey Art League considering other areas of the arts besides visual arts.

For more, read the article by the Downey Beat, Generation gap bridged with ‘merger’ of two Downey arts groups. 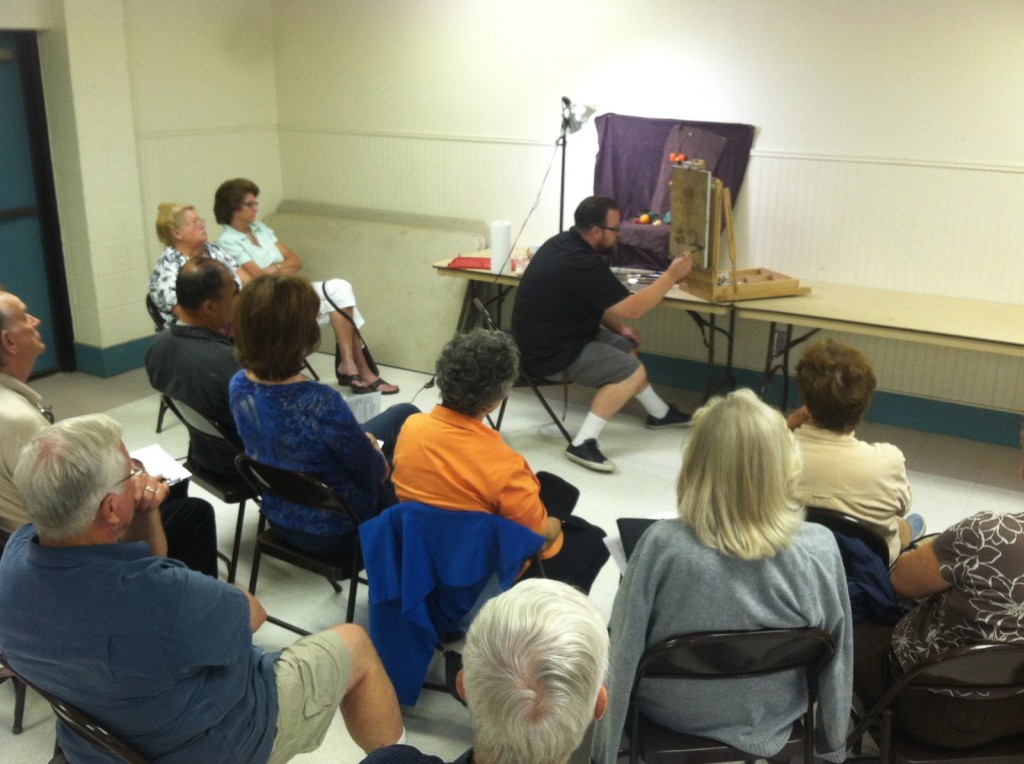