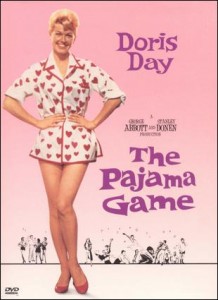 When you hear the Pajama Game, you’re probably more familiar with the movie.  However, it was born out of the successful broadway musical, which is being revived this month by the Downey Civic Light Opera.

The Downey Civic Light Opera was born out of the Downey Children’s Theatre, having produced its first musical in 1973, and has run consistently since then, even in a time when other CLO’s have struggled and closed.  They always put on a lavish production with old-school fun.

Tickets can be purchased at (562) 923-1714 or more information at http://www.downeyciviclightopera.org.