The title of Roy Anthony Shabla’s rogue public art work “We Are Now” turns out to be prophetic.  It was a work destined to be experienced only by the immediate present, as now it has been painted over, presumably by the city. 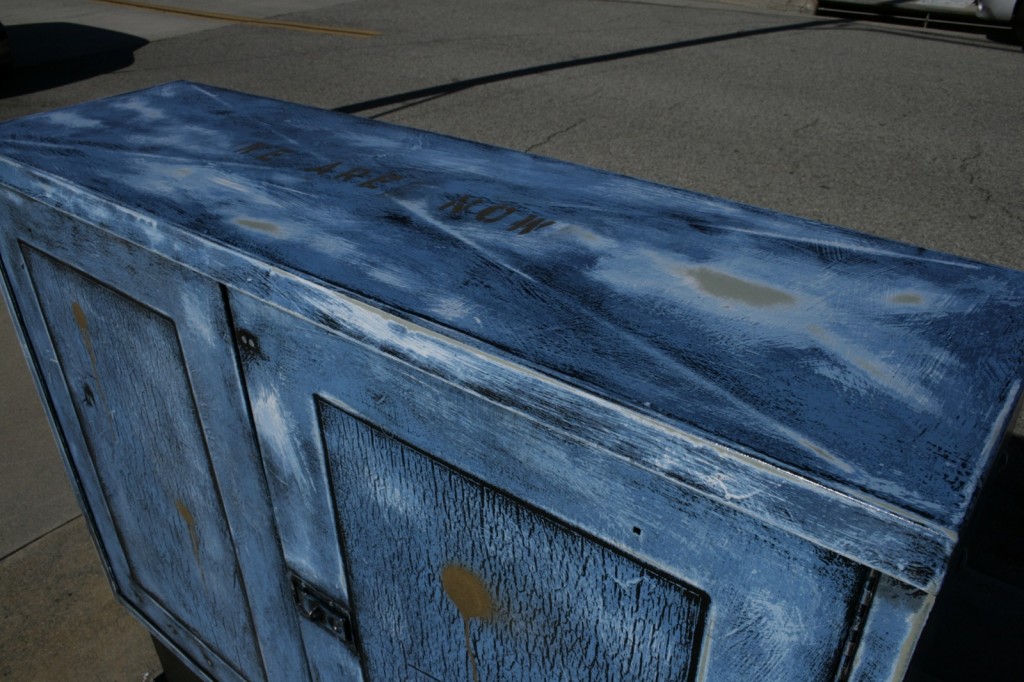 Shabla was part of a group of local artists who were putting together a presentation of utility box concepts, organized by the Downey Arts Coalition.  Other artists turned in sketches and brief statement, but Shabla decided to turn in a finished product.

This originally stems from a city program started by city councilman Mario Guerra, in which the city hired a traffic engineering firm to hire painters to decorate utility boxes near the library as bookshelves, and at the four corners of the city with American flags.  Local arts groups suggested it would be better to work with local artists and allow them to come up with concepts more unique to Downey.  Guerra fired back, saying “I have been asking our our community for about three years to step up and help us organize a plan to have these power boxes done by local artist… I never heard back from anybody.”

Downey advocates and artists tried to take the call seriously, slowly gathering concepts from artists, and starting conversations with the city about ways a process could be put in place to make this happen.  Efforts have been drawn-out, due to the lack of an infrastructure for the arts to support something like this.  The Downey Art Vibe and the Downey Arts Coalition are both grass-roots efforts led by volunteers who try to accomplish things in their spare time.  Downey does not have a city arts commission, and last year dissolved its “Art in Public Places” committee.

Over the course of the last week, Shabla publicly painted an intricate work of art out of a telephone utility box, but without the permission of the city as part of a sanctioned program, which was the plan.  It had the look of a weathered old cabinet, with sprays of gold paint dripping down, evocative of what is normally known as street art or tagging. 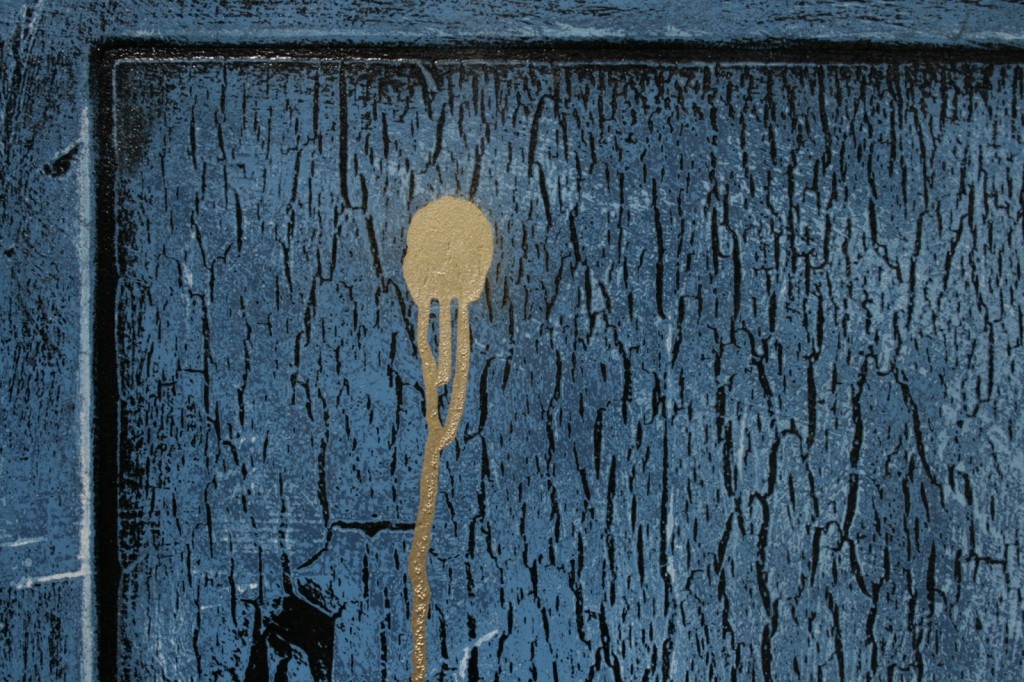 On Wednesday, Shabla emailed local news outlets the Downey Patriot and the Downey Beat with pictures and an extensive artists statement and provided an “official” interview about the work of art.  The Patriot posted it immediately on their website.  To read the full interview, click here.

Immediately, city officials and councilman Mario Guerra responded saying that the project was not sanctioned and is illegal.  The staff threatened to paint over it.  Arts advocates, including the Downey Arts Coalition issued apologies to Guerra, hoping the artwork could be preserved.  Local business owners in the strip mall nearby also said they would call to complain.

Shabla issued a statement Thursday, clarifying his intentions.  “The mayor suggested that the response by local artists was lagging and I, in my limited window of time, jumped right in to fulfill my project. I was more focused on making art than following protocol.”

The box was painted over on Friday.

Guerra had said that he liked the work, though Shabla should have sought out the proper permission.  He wasn’t aware of any plans to paint over it, and was also surprised by it. “Sad. I wanted to keep it,” he expressed to Downey Arts Coalition member Don Lamkin.  “I hope this doesn’t set us back with the arts community.”

The Downey Arts Coalition, in addition to the Downey Art Vibe are continuing to pursue legitimate channels with the city’s Art in Public Places program to sponsor local artists to paint local utility boxes.