I wanted to share a few updates on the news from the arts coalition, and status on some of the arts-related happenings of late.  We’ve had a good run of stories in The Downey Patriot.

First, here is the article about this month’s gallery at Mari’s Wine Bar:  Art Exhibit to Open at Wine Bar.  The evening was well attended, and the art will continue on display until the end of this week.  Our next gallery at Mari’s will be September 10th.

That led to an interview that I gave to Henry Veneracion about my role starting the DAC.  A lot of quotes from the vision statement I had written, and goes into my background a little.  I took my head-shot myself using an iPhone in my office at work.  This article led to a lot of new people signing up on the website, which is great to see.  I look forward to involving as many people as we find.  Wahlquist Steps Into Role as Art Leader

At the same time there was an article about George Redfox’s efforts to finally achieve tax exempt status for The Downey Conservancy.  The DAC is partnered with the Conservancy, as we share some of the same people and believe in the same vision of Downey as a city that cares about it’s cultural heritage, and wants to preserve it for the future.  Conservancy Group Attains Non-profit Status

The week after we were able to place a picture of the Mari’s art opening.  Downey Arts Coalition

This week, there is an article about the four new shows that the Downey Civic Theatre has announced, as part of an effort by its new management team to bring top-quality performing arts events to our 700 seat venue.  I have a small quote in there, because the new theatre manager Amber Vogel has been a friend to the DAC and we’ve discussed ways to open up the theatre to new opportunities for arts in the community.  A Bold New Step for the Downey Theatre

On the Arts in Public Places front, the city’s contractor to bring us murals on the Downey Theatre and surrounding utility boxes seems to have been completed.  There is a new online news magazine serving Downey called The Downey Beat, and they’ve posted photos of the murals as well as some community reaction.  Avenue Theatre Mural Receives Warm Reception

In younger news is the re-opening of the Epic Lounge, at 8239 2nd St., which features night-club style entertainment in our downtown area.  Along with live bands they regularly host, there is a new evening of comedy coming this Thursday, brought to you by a couple members of the DAC.  The evening event is called “LAFFAHOLICS” and will feature two different improv groups, stand up, and more.  Join the facebook event invite at this link.

On the other end of the spectrum is a monthly poetry reading at Mari’s Wine Bar, called Wine and Words, curated by Roy Anthony Shabla and John Brantingham, a partnership between the DAC and the San Gabriel Valley Literary Festival.  This will be the third Friday of the month, beginning in October.

A lot going on.  The next Downey Arts Coalition meeting will likely be coming soon in September, still to be announced.

And last, I bring you this thought by local artist Courtney Stricklin. 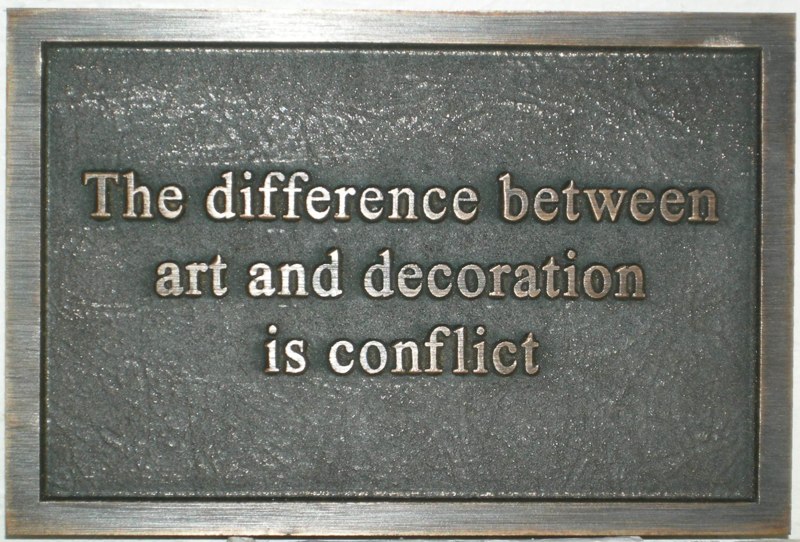