One of the sadly under-utilized features of the Downey Theatre is the gallery space that was designed with the lobby. In it’s forty year history it may have been used less than 5 times, with two of those in the past year. One of those just a couple weeks ago coordinated with the Downey Symphony concert. Early on, one of the ideas that has come out of advocating for the arts here in Downey, was to showcase local art whenever there is a major event at the theatre. The Downey Art Vibe held a significant event about a year ago called “Ambivilance” which showcased photography by GabeOne and Valentin Flores. Around 800 people showed up for that, showing that the visual arts is not dead in this town. 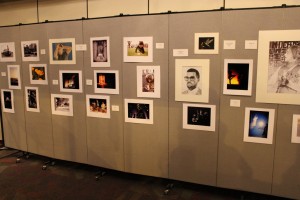 Thanks to the efforts of George Redfox, art by students of Warren High school was on display at the Downey Symphony concert on April 2nd. Redfox is a photography teacher at Warren High School, as well as a leader in several local organizations such as the Downey Historical Society, the Downey Art Museum and his own start-up the Downey Conservancy. His leadership in the area of conservancy and respect for Downey’s mid-century architecture has led to several re-designs of new business downtown. He worked on pushing the Bob’s Big Boy Broiler project, and influenced council members to encourage a redesign the new Porto’s Bakery from Spanish style to mid-century– an effort that now extends to the Downey Gateway project’s design.

George also has an extensive Flickr Photo stream featuring photos of Downey’s historical sites, new and old. Add to that these photos of the art on display during the symphony concert. Hopefully this will lead to more theatre & art collaborations in the future. 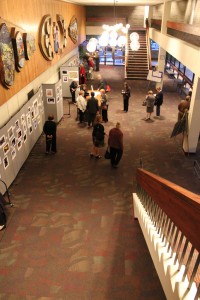 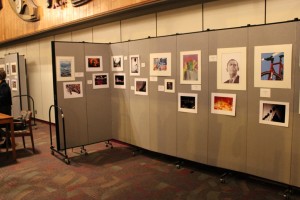 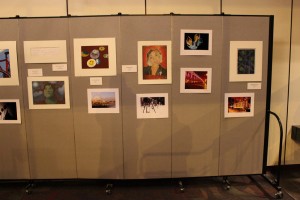 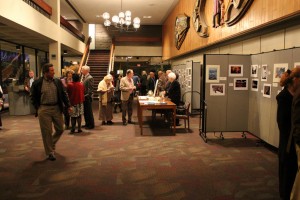