**Note, all roles have been filled. Thank you for your interest, be sure to like Bill’s Shorts on Facebook.

Needed: You! 15 actors, all genders, any ethnicity.

Submit your headshot and resume to: 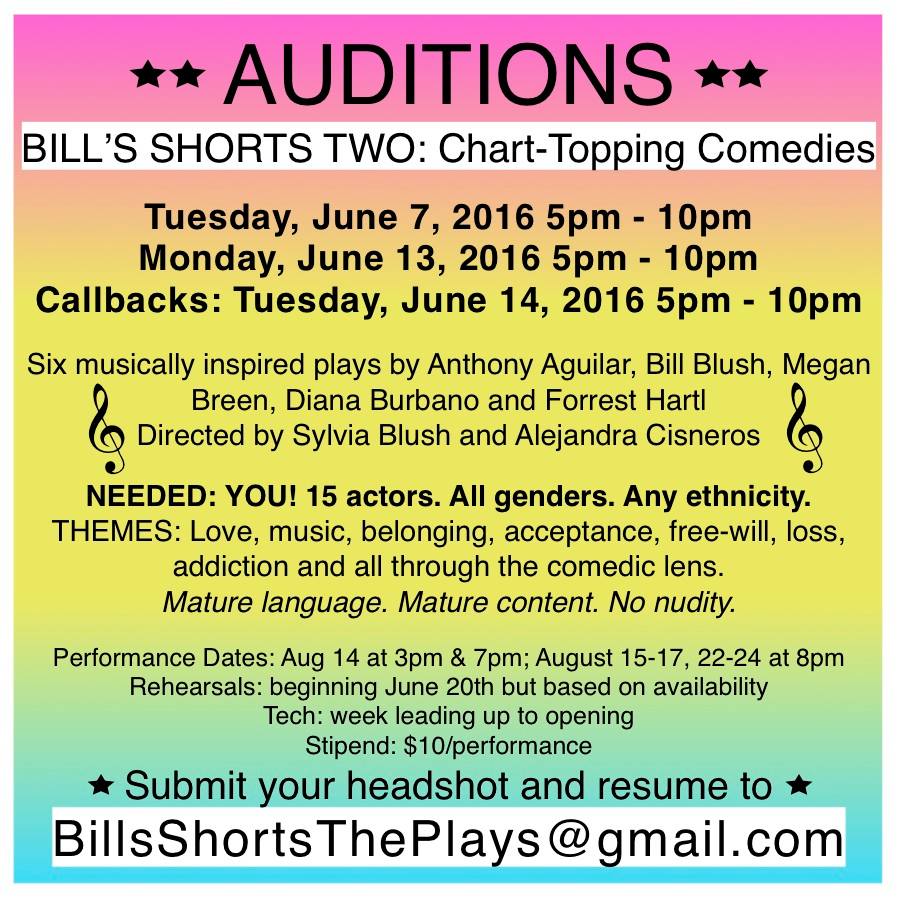