The Downey Theatre first opened its doors in 1970, built to house the success of the Downey Children’s Theatre under the direction of John Hume.  While many of the old theatre programs shut down in 1978, the theatre continues to present the community with shows from the Downey Civic Light Opera, the Downey Symphony, and other local cultural and dance companies.  Under new management in 2011, the Downey Theatre began to once again host larger acts as a performing arts venue, presenting concerts and shows of nationally known artists.  Visit them at www.downeytheatre.org.

For over 50 years Downey has been home to its own professional orchestra.  They present four concerts per year: three at the Downey Civic Theatre, and one at Furman Park as part of the summer concert series.  Music director Sharon Lavery puts together stunning programs of both classical favorites, as well as new compositions by emerging composers. Visit them at www.downeysymphony.org.

Since 2011 a new community advocacy group for artists and arts enthusiasts began meeting monthly, with the purpose of bringing people together with a common vision to enhance the arts scene in Downey.  The group is open to anyone, and meets monthly on the fourth Saturday of the month at the Downey Theatre green room.  DAC members have began a number of successful new arts events and initiatives, with more added all the time.   That’s where you currently are, at www.downeyarts.org.

Debuted in the fall of 2012, Stay Gallery is operated by Downey Art Vibe and supported by the Arts in Public Places program of the City of Downey.  Not simply an art gallery, but a center for arts and culture in downtown Downey, featuring local artists, musicians, performers and more.  11140 Downey Ave.  www.staygallery.org

A monthly poetry night in Downey on the third Thursday of the month that began in November 2011.  The night features an open mic at 7:30 PM, followed by a featured poet from the So Cal poetry scene.  Curated by Lorine Parks. Currently on hiatus, but ran through 2017 at Stay Gallery in Downtown Downey.  Visit the Poetry page.

Newly formed in 2013 under music director Margaret Zeleny, the Downey Master Chorale is expanding to become a mid-sized ensemble that takes on challenging works of music and develops a community of choral musicians in the city.  A Downey Youth Chorale is also in its infancy.  To learn more, visit www.downeymasterchorale.org. The group is currently on hiatus as of 2017.

Our high schools are home to vibrant programs in the visual arts, music and theatre.

Founded in 1965 by Jeff Reynolds, then the bass trombonist for the LA Philharmonic, the Downey Moravian Trombone Choir has the unique sound of a chorus of trombonists playing from their unique repertory gathered through the decades.  The perform a spring and winter concert, formerly at the now-shuttered Downey Moravian Church. Future locations for concerts may be announced at www.moraviantrombonechoir.org

The following is historical information about arts organizations that were a big part of Downey’s community for a number of years.

Beginning in 1973, the Downey Theatre Guild and the Downey Children’s Theatre produced its first musical, giving birth to the Downey Civic Light Opera.  They generally produced three musicals a year, with 10 performances each.  Producing director Marsha Moode put together the shows since the late 90’s.  In 2013 the DCLO shut down after it’s final performance of Paint Your Wagon.  Their former website is www.downeyciviclightopera.org. 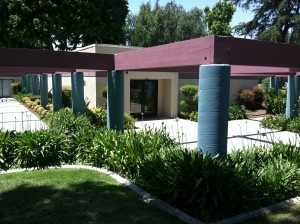 The first art museum in Southern California dedicated solely to contemporary art was right here in Downey, also founded in the 1950’s.  The Downey Museum of Art presented works in its collection from Southern California’s best post-war artists, including Boris Deutsch and Donna Schuster.  The Museum closed its doors in 2009, but has since revived displays of its art collection in various pop-up displays. Visit their website at www.downeymoa.org.

For over 50 years Writer’s Workshop West supported the creative writing community in Downey and the Gateway cities, meeting every month at Downey High School’s library. The writer’s group would encourage each other’s work and offer critiques, as well as celebrate accomplished works with an annual contest. The group dissolved in 2013.