Downey resident and celebrated sculptor Jorge Del Toro will be featured as the demonstrator for the regular meeting of the Downey Art League, Tuesday October 23rd.  The free workshop takes place from 7 to 9PM at the Barbara J Riley Community Center at Apollo Park.

Join us for this first artist demonstration of the fiscal year. 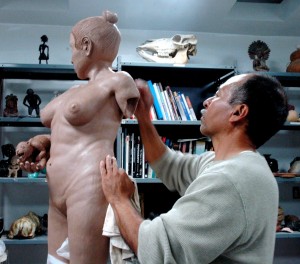 Jorge Del Toro  is from Chapala Jalisco, Mexico.  As a child, he was taught how to restore pre-Columbian artifacts.  He became intrigued by ancient cultures, particularly the Mayan.  He loved making miniature pieces of reptiles with Mayan influences.

Jorge immigrated to the USA at the age of 17.  He graduated with honors from Huntington Park High School.  Jorge received several awards and recognition for his outstanding clay creations, making the front page of the local newspaper.  Jorge has attended, exhibited and received several awards from Cerritos College.  His artwork has also been exhibited in several galleries of the LA and Ventura counties, and at the American Museum of Ceramic Art, in Pomona, CA.

Jorge’s main inspiration is reptiles, and portrays them with an astonishing level of detail and realism.  Most of Jorge’s artwork depicts a statement, hoping to draw attention to these unique, and often endangered species, and the environmental challenges they face.

Although Jorge is mainly considered a Sculptor, he has recently been exploring a long felt desire to paint, and has demonstrated to encompass the talent as well.  As with his sculptures, his mostly abstract soft pastels/paintings, not only depict his interest in reptiles, but also the inner turmoil of suppressed feelings.

The Downey Art League began informally in 1958, and was formally incorporated in 1967.  Since then it has provided a community gathering place for visual artists to learn new techniques and get their work shown out in the city of Downey.  Membership is open to anyone, and is currently $15 for the year. 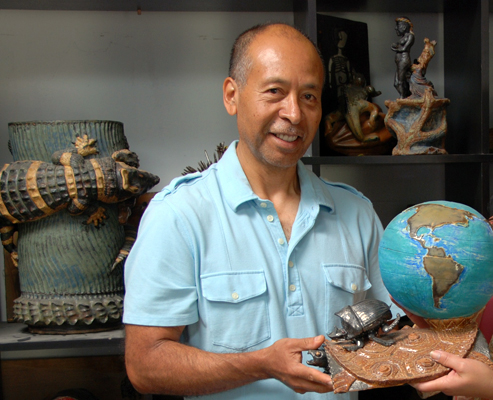