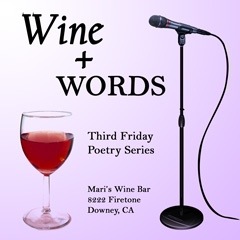 blind with smoke and heat

storming out of the underbrush

well above the starving dogs

the quick fixes below.

This flame will lick the wound

This flame will consume. from Hard Landings

Lorine Parks is curating the evening, which will begin with an open mic for the first 10 sign-ups. She describes how she came to know Rick.

“I first met Rick Smith thirty years ago when he was playing harmonica and piano in a band and composing such songs as “If it wasn’t for low class, we wouldn’t have no class at all.” Paris and Pennsylvania bred, he told me my Stonewood Travel business’s Music in Hold was crummy music, and proceeded to record a new tape for me. We have been friends and exchanging poems and critiques ever since.

“Smith’s first chapbook was The Wren Notebook, one of Raindog’s Little Red Book Series. In it, his protagonist Wren decides to win the title of Highest Flying Bird by hitching a ride tucked under Eagle. When Wren pops up, at twelve thousand feet and then flies a few feet higher, he almost freezes to death on re-entry. Further, Eagle and the rest of the birds chase him to have their revenge.. . “I held the note/long and rich as I could./ So what if it’s the only note I know?/ It’s my note.” 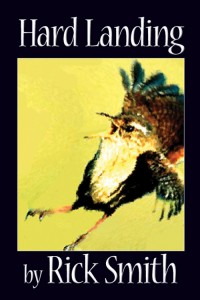 “All of Smith’s poems have a wry humor but they also have an intensely personal voice. He has an intimate quality to his work and a dead-flat realistic approach to what’s happening. Murder and revenge and a Buick LeSabre from Phoenix have equal place with delicate birds nesting in ruined upholstery in an abandoned mansion on an estate near Philadelphia.”

Smith has a PhD in psychology and worked in Downey at Rancho Los Amigo as a psychologist therapist for head-injured patients. He later established a rehab center in Apple Valley called Back in the Saddle for brain injuries. Read him at your peril. An old wren with one good eye, six feet four inches tall, “measuring out time by that splendid chaos, commotion.”

Live music by members of Downey’s folk band Willow Bend will perform at 8pm.  Learn more about their unique brand of music at http://www.willowbendmusic.com