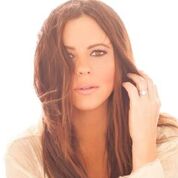 SARA EVANS has had five #1 singles, sold millions of records, won the Academy of Country Music’s Top Female Vocalist Award, and claimed a Country Music Association trophy for her signature song, “Born To Fly.” It’s tough to imagine many accomplishments she hasn’t already checked off her bucket list.

And yet, with the release of her eighth studio album Words, SARA EVANS demonstrates that she’s still willing to leap into the unknown, taking greater control of her career and calling the shots in a way that’s unusual in country music – particularly unusual for a woman in the genre.

Tickets are available at: 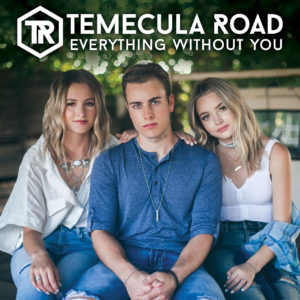 Called by The Huffington Post one of the top new country artists to watch, and named after the town they grew up in, TEMECULA ROAD is comprised of sisters Emma and Maddie Salute, and longtime friend Dawson Anderson. They are known for their trademark harmonies and covers, which have earned praise from Carrie Underwood, Brett Eldredge, Dan + Shay, and RaeLynn.

These days, it’s their original songs that are putting them on the map. Their first two singles “What If I Kissed You” and “Hoping” already have over 1MM streams on Spotify, and the trio just released their new single “Everything Without You.” On the touring side, TEMECULA ROAD has opened for Martina McBride, Josh Turner, Joe Nichols, Easton Corbin, Lee Brice, Sara Evans, Kenny Rogers, and Eli Young Band.

Sara Evans’ album Words released on her own label: Born To Fly Records 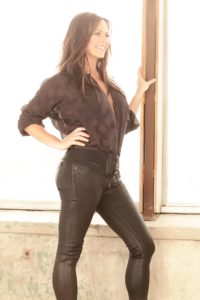 Words is the first project on Evans’ own label: Born To Fly Records, appropriately named after that CMA-winning signature song, which celebrated risk and adventure. Much is familiar about Words.Evans’ voice is warm and strong, the songs are authentic and memorable, and the actual words themselves resonate with the realities of everyday life.

But the album was an eye-opening experience for Evans as a creative force. As the head of her own small, flexible company, she was able to take a streamlined approach to building it. Instead of subjecting the music to multiple departments, each with their own view of one part of her career, Evans approached it with an instinctual, gut-level focus on making a project that represents the current version of Sara Evans.

“The only thing I had on my mind with this album was just Grammy-level songs and the coolest music that I can find,” she says. “I didn’t really go about it in any other way. I wasn’t catering to any part of the business. There was never a thought in my head of, ‘Will this work on country radio?’ So what has happened with the music is that it is still very much Sara Evans music. It’s just a little bit deeper than I’ve gone in the past.” For a woman who always tackled the music her own way, the new album is 100% her own.

“Songs are a combination of words and melodies, and it’s the words that matter most to me,” she says. “When we go into these pitch meetings, people always ask, ‘What are you looking for? Are you OK with doing something that’s a little more pop?’ I always tell them, ‘Just play me great lyrics.’ That’s what I’m looking for.”

“A Little Bit Stronger,” Evans’ pensive, heartbreak anthem that spent two weeks at #1 represents a look at the journey thus far, one that’s kept her firmly in the forefront of country music for a solid 20 years. Born and raised in Boonville, Missouri, Sara grew up listening – like much of her audience – to a mix of country, pop, and rock on the radio. She began singing with the family band when she was five and made her first attempts at recording as a teenager, committing to a creative path with her move to Nashville in 1991.

SARA EVAN’s résumé now includes 14 Top 20 country hits, ranging from her reassuring first #1 – “No Place That Far,” featuring background vocals by Vince Gill – to the neo-traditional “Suds In The Bucket,” to the elegant, spiky pop feel of “Slow Me Down.”

Evans wants to represent the full panorama of her artistic vision. By handpicking the team around her and making self-expression the priority of her work, she’s found songs that continue to connect her to the emotional core of her audience and that adhere to that Born To Fly embrace of risk and adventure.

“I don’t use the word a lot, resilient, but I would say that’s the best way to define me as a person,” Evans says. “I feel so blessed, but at the same time, there’s blood, sweat, and tears in every single thing that I’ve gotten in this life. I have gone out and just really, really sold it, and I’m still doing that to this day.”

Doing it her way. As a mom. As a record company entrepreneur. And, mostly, as a distinct artist still excited about her unique journey.