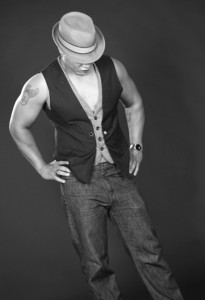 Doors open at 7:00. Local poets are invited to bring a poem to read at the lively Open Microphone session which begins at 7:30, so arrive early to get on the list!

Conney D. Williams is originally from Shreveport, Louisiana where he worked a radio personality. He recently released two critically acclaimed cds of his poetry accompanied by music: “Unsettled Water” and “River&Moan.” He has two collections of poetry “Leaves of Spilled Spirit from an Untamed Poet (2002)” and his most recent, “Blues Red Soul Falsetto (2012).” He’s been published in various publications, newspapers, and anthologies (Voices from Leimert, At the End of the Day, Drumming Between Us, and Wide Awake).

He’s the Artistic Director at the World Stage Performance Gallery where he facilitates the Anansi Writers Workshop. He is a community activist and has worked with youth for over 25 years. He’s formerly an ordained minister and Youth Pastor in the Church of God in Christ. He has hosted a weekly cable television show and also recorded a gospel rap cd called L.I.F.E (1985). He was the Poet’s Stage Coordinator for the Leimert Park Village Book Fair; and also the Annual Leimert Park Village African Art & Music Festival for three years (2012-2014). He has performed his poetry on television, radio (KJLH, KPFK), universities (USC, UCLA, Claremont, CSLB, Antioch, CS-Northridge, and others), cultural events & organizations (Black Arts Festival, CAAM), for the City & County of Los Angeles, across the U.S., and he regularly curates poetry events in Los Angeles.

Poetry Matters is free and open to the public. Doors open at 7 p.m. The open mike begins at 7:30.