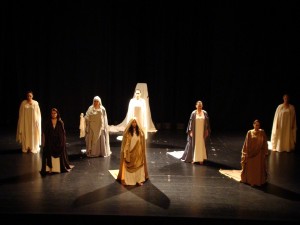 Lana Joy is an actor, theatre scholar and proud mother living in Downey, CA. She has an MA in Theatre from Cal State University Northridge and has performed on Southern California stages and beyond, such as A Noise Within, Grove Theatre Center, The Odyssey, and Sierra Repertory Theatre.

View all of Lana Joy's posts.