Downey Arts Coaltition 10th Anniversary Celebration presents in collaboration with Michael J Gonzalez, and Walk A Mile Works the new solo play “The Ivory Thread” written and performed by Michael J Gonzales, directed by Debra DeLiso. At 50, a man’s life is turned upside down, and he changes his career to become actor.

“The Ivory Thread” opens August 8th at the Hollywood Fringe Festival and later moving to Off Off Broadway to the Solo Festival on 42nd Street.

When the bottom falls out, hold on to the “The Ivory Thread” and see where it takes you. The Downey Arts Coalition presents this one-person play in Downey, for one performance only, prior to its opening at the Hollywood Fringe Festival and the Solo Festival, Off Off Broadway. Thursday, August 5th, 7:30 pm. 8:40 Q&A RAFFLE Free Admission. 1 Drink Minimum. The Epic Lounge, 8239 2nd Street, Downey, 90241.

It’s the call no one wants to get and puts you in a club you never want to be part of. Over the course of his life, Michael J. Gonzales answered several calls in his life, mostly metaphorical and with a musical bent. But that one call, at age 50, changed everything. Through unexpected and paralyzing loss, he was holding on to the proverbial thread. But was it strong enough to take him through this nightmare? The Ivory Thread is a story of a musician’s journey into acting after personal tragedy. 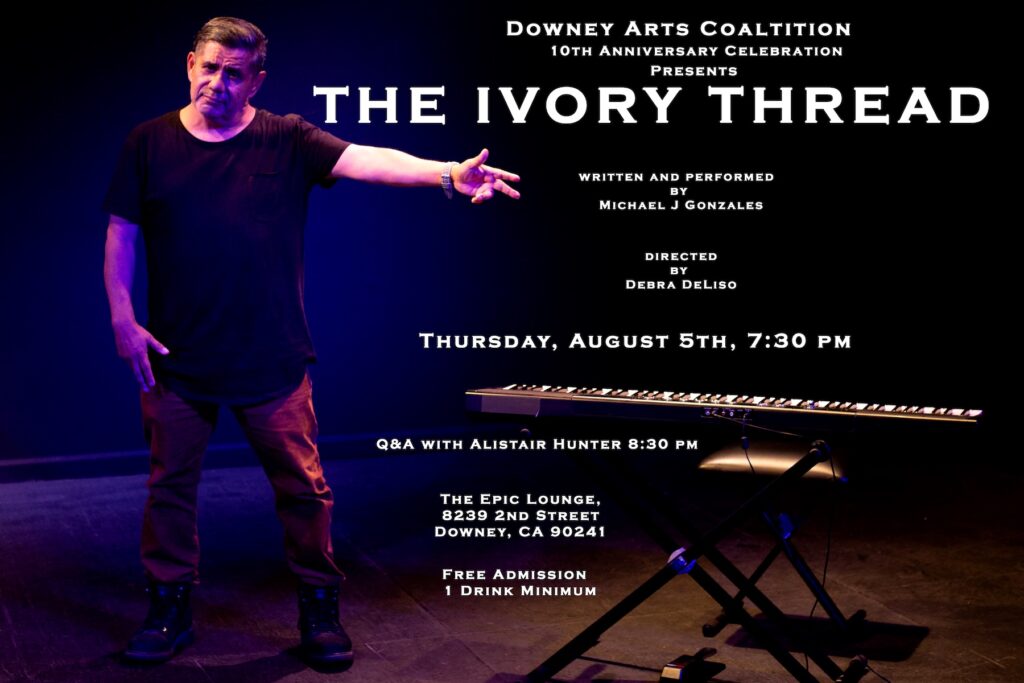