GlennFest, a weeklong film festival that has been hosted in Downey since 2012, will take place from October 1 through October 7 this year, showcasing several films at the Epic Lounge (8239 2nd St. Downey) and Downey Civic Theatre (8435 Firestone Blvd, Downey)

All Screenings are free. For more information visit www.glennfest.com

Small, midsize and large Mexican maize producers want to stay free to work the land and cultivate their seeds in a modern world that both needs and despises them.

Jean-Marie Lustiger, a Polish Jew, maintained his cultural identity after converting to Roman Catholicism and joining the priesthood.

A quirky comedy about a woman quits her steady day job to pursue her lifelong dream of becoming an actress in Hollywood.

Power-hungry tax collector Don Salluste de Bazan (Louis De Funès) is banished from the Spanish Court and decides to use his valet, Blaze (Yves Montand), to take his revenge. In disguise, Blaze fills Don Salluste’s vacant position and plans to have an affair with the queen (Karin Schubert), which the vengeful ex-collector will then reveal to the king (Alberto de Mendoza). Instead, Blaze and the queen fall in love, and the valet uses his newfound power to help end mistreatment of the poor.

A 13-year-old student from Downey fights for the right to self-identify in school.

Two college friends who slowly realize they mean more to each other than either had initially realized.

Cuban musicians showcase the musical diversity of the country.

– MUNE: GUARDIAN OF THE MOON – Presented by SEIU 721 ADA Caucus

When the evil ruler of the underworld steals the sun from Sohone, a small lunar faun and a girl made of wax help Sohone get the sun back to restore order to the universe.

An adaptation of the bestselling book, The Fantastic Family Hotel tells the story of Kos, a thirteen-year-old boy, who is going through the most bizarre period in his life. His mother died a few years ago and his dad is having a heart attack. While Kos’ father is in the hospital, it looks like the hotel he is running will be a big mess. But Kos and his three sisters do not intend to let that happen. After the siblings find out that father is deep in financial problems, the hotel is threatened with closure. The children however come up with a solution: someone has to win the local beauty pageant, with a hefty cash prize attached.

This celebratory documentary takes viewers inside the studios and recording sessions of Hollywood’s most influential composers to give a privileged look inside the musical challenges and creative secrecy of a truly international music genre: the film score.

– I DREAM IN ANOTHER LANGUAGE – Presented by Downey Arts Coalition

A linguist arrives in a small jungle settlement hoping to record a conversation between two elderly men, the last two remaining speakers of the Zikril language. Unfortunately for him, the men are feuding and haven’t spoken to each other in 50 years. 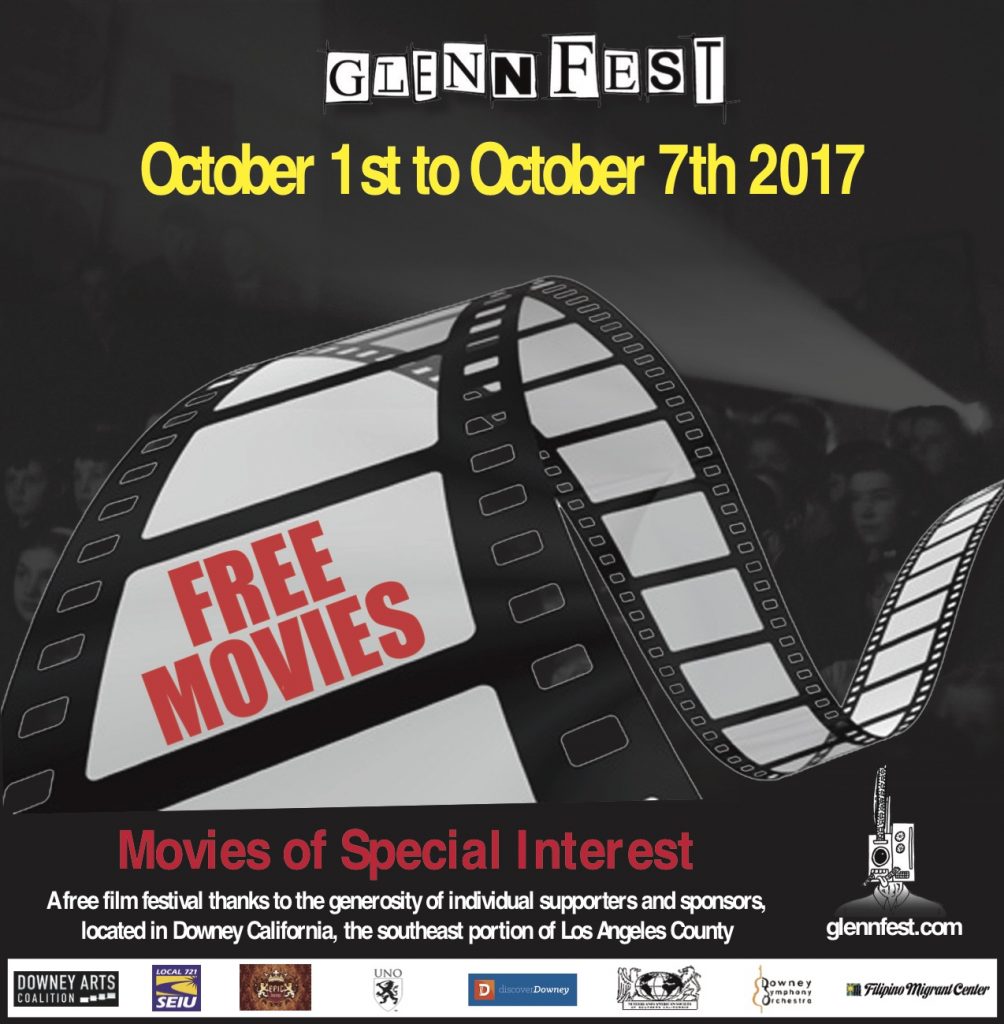