The Downey Arts Coalition, in partnership with the City of Downey is proud to announce the return of  Defying Gravity, a play by Jane Anderson, performed at the amphitheater of the Columbia Memorial Space Center. This powerful portrayal of the lives affected by the Challenger Space Shuttle is produced by the Downey Arts Coalition as part of the CMSC’s City of STEM events in the month of April.

The Columbia Memorial Space Center was built by the City of Downey as a monument to the efforts of ordinary men and women who played a major role in the success of the US space program through their work at North American Rockwell. Like the Challenger, the center’s namesake the Columbia, was also lost to tragedy. This play is a family event that will allow all generations to come together to experience a pivotal chapter in aerospace history. 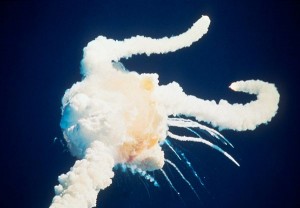 Dramatic, comic, and deeply moving… Defying Gravity is an impressionistic collage that explores the emotional core of the 1986 Challenger Shuttle disaster. At the center is the teacher selected as the first civilian in space. Past, present, and future lives weave together, drawing parallels with art, religion, relationships and science. Artist Claude Monet takes the audience and play’s characters on a quest of the perspectives, aspirations, guilt and fear that stimulates our fascination with space. Our upwardly aspiring nature cannot be checked by one single tragedy.

Reviews of the play from its off-broadway debut:

“Flies high in its attempt to describe man’s fascination with space and its conquest…. You will certainly not be bored. ” – New York Post

“[A] clever and uplifting fantasy … [with] ear catching musings about art, religion and the outer limits of human possibility.” – New York Times 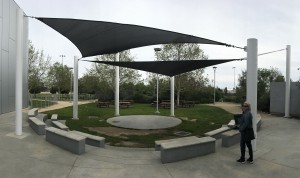 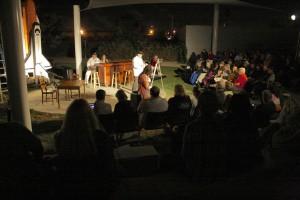 The outdoor amphitheater of the Columbia Memorial Space Center will be outfitted as a functioning theatre, with theatrical lighting, video projection, original music and historical NASA recordings of the event. Audiences will be both elated and moved by the emotional highs and lows of this stunning moment in history. This engaging experience will bring our community together around the grand ideals and harsh realities of reaching for the stars. There is much to learn for those that experienced the event in their lifetimes, as well as the next generation that was born after the tragedy took place. 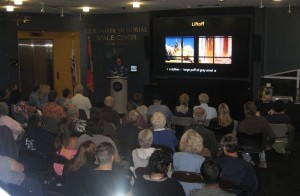 Before the show, as the audience waits to be allowed back into the amphitheater, they are treated with a short presentation about the history of the Challenger and the country’s reaction to the tragedy. Following the show on one of the closing performances, we will arrange a talkback with the cast and engineers from the Downey plant that worked on the shuttle program. 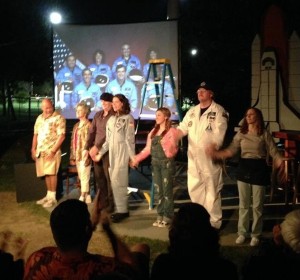 Downey Arts Coalition is a volunteer driven community service organization for the arts in Downey. As a non-profit 501(c)(3) (EIN 95-2505168), DAC sponsors and supports arts related projects and events in the community, including visual arts, performing arts, music, poetry and film.

Join us in bringing this special, uniquely Downey event— as an individual, a community sponsor, or a business sponsor. Program ads are available in full page, half page and business card. Partner with us to keep the arts and sciences prominent and accessible in our community. 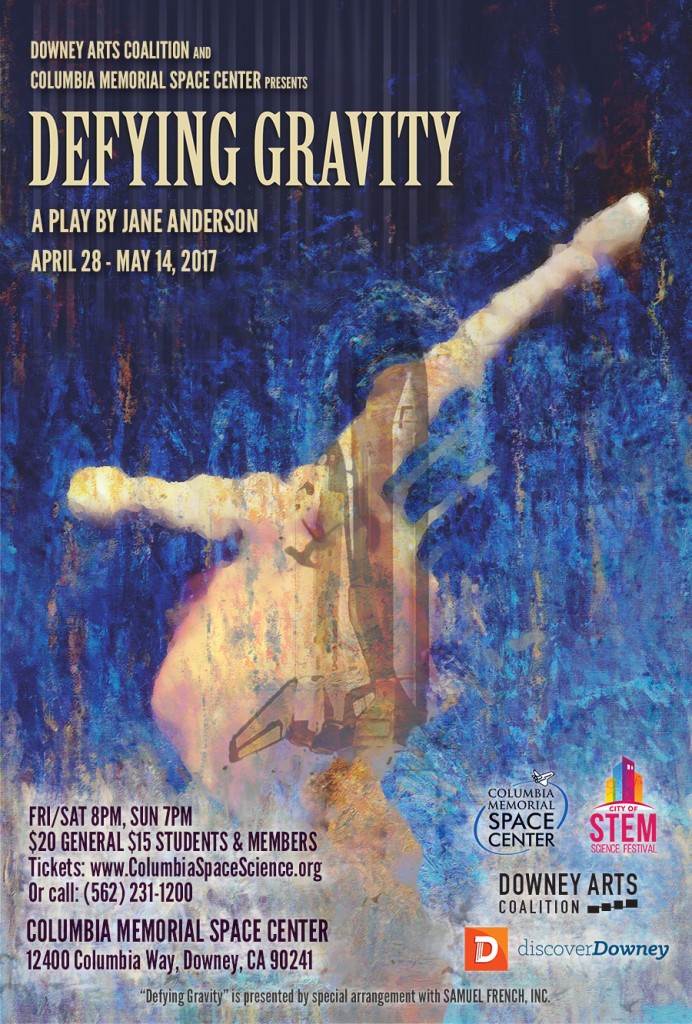